Imagine yourself standing here, looking up at the mountain, as I was 4 years ago in New Zealand. 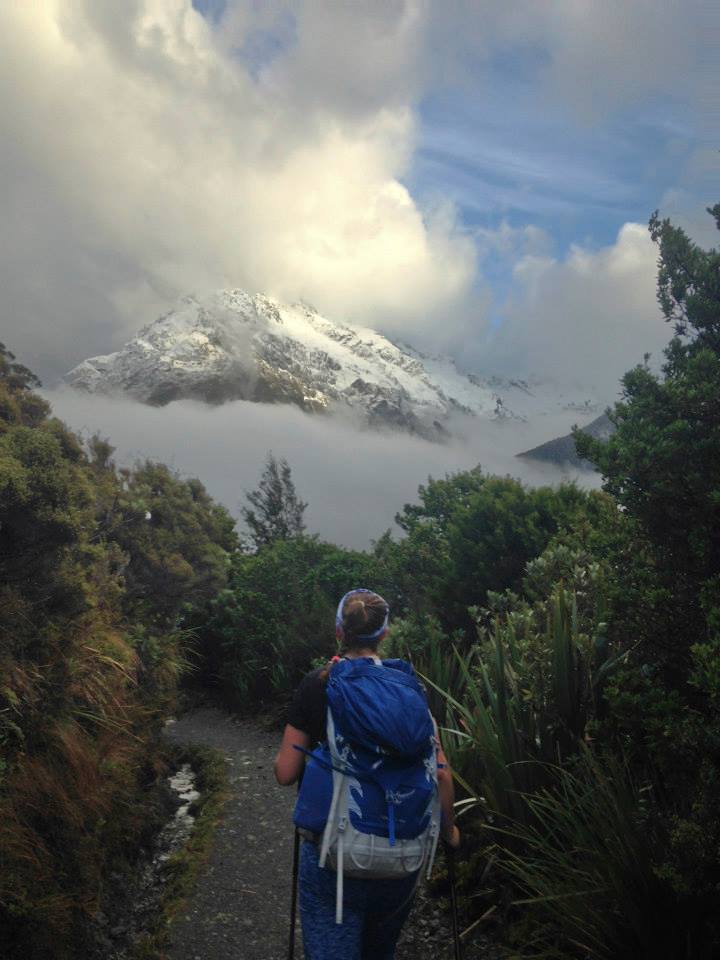 Imagine how this would make you feel. Would you feel differently standing here than in your office? Maybe you have been here, or somewhere similar before. What likely comes to mind when thinking of these environments are words like “awe,” “beauty,” “relaxation,” etc., and it’s true. Nature pretty reliably makes us subjectively feel better (e.g. Berman, 2012). Remarkably, some studies have even suggested that nature helps some of us us live longer (Mitchell & Popham, 2008). But- did you also know that it reliably produces cognitive benefits as well?

For those who already know me well, you’ll know that I have decided to dedicate a non-trivial amount of my life to studying and understanding how interacting with nature changes our behaviors and brains. The idea that nature is good for people is not exactly  novel. For centuries, philosophers, artists and writers have extolled the virtues of nature on the human mind. If you need a refresher- look no further than local authors Terry Tempest Williams and Edward Abbey.

However, in recent decades, a body of scientific evidence has emerged suggesting that there are indeed many cognitive benefits (for a review see Ohly et al., 2016) to interacting with nature. For example, walking in a park produces greater working memory capacity than an hour-long walk through the city (Berman et al., 2008). Our lab has demonstrated that people are better at creative reasoning while on a backpacking trip compared to a control group (Atchley, Strayer, & Atchley, 2012); recently, these results were replicated on a canoe camping trip in the Boundary Waters (Ferraro, 2015). Additionally, those who spend time in nature perform better on proofreading tasks compared to those were not exposed to nature (Hartig et al., 2003). These are just a few of many examples. The science is clear- spending time in nature affords us cognitive benefits, but why? What’s happening in the brain?

Long story short – we don’t really know. There have been some preliminary studies suggesting that the subgenual prefrontal cortex, an area associated with depression, is less active when participants spend time walking in nature compared to walking in a city (Bratman et al., 2015). This could potentially help to explain some of the increases in mood that I’ve discussed earlier. My colleagues and I are interested, however, in what’s driving the cognitive changes. A theory exists (Kaplan, 1995) that the cognitive process of attention is the driver of these changes. Kaplan suggests that spending time in nature gives our attentional network a break; from work and from distractions like cell phones and honking cars. This break, Kaplan suggests, allows our attentional system to restore its resources, and function more efficiently. So how do we test whether or not this is true?

Our lab has recently begun measuring neurophysiological correlates of “the nature effect” using electroencephalography (EEG). EEG is a relatively portable system, where we place electrodes on peoples’ heads to record the electrical activity in the brain. If you know virtually nothing about EEG, there are two important facts you need to know: 1) Spatial resolution is TERRIBLE- so we can’t really be totally sure precisely where the activity is coming from and 2) temporal resolution is PRISTINE- meaning we get a really good picture of what’s going on in the brain in real time- down to the millisecond- unlike in fMRI. So, with EEG, we can measure how your brain is precisely responding to something nearly exactly when it happens. Our lab is particularly interested in what happens when you make an error, and how you might respond to that differently while in nature. The area of our brain that monitors our performance on tasks for errors is part of the attentional network. So- if we expect that the activity of this attentional network is decreasing when we spend time in nature, we should expect that the brain signal that occurs when you make a mistake (called the Error-Related Negativity) should change.

This study is currently ongoing (if you’re interested in participating- please email natureandcognition@gmail.com), and it’s one of the first (to our knowledge) to actively record brain activity while participants are out in nature. Its findings will help us characterize the so-called “nature effect” that occurs both emotionally and cognitively when we spend time outside.

So- for those who ask me- should I spend more time outside yet? The answer is yes- we just don’t know why yet.

View all posts by saralotemplio